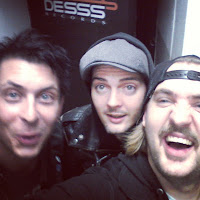 so, yes, we recorded 20+1 new songs from May 28th - June 3rd, 2013 at DESSS Records in Klagenfurt, Austria with Marco Perdacher, aka Marc C., our former 2nd guitar player back in the Cretins days.
Marco did the recordings with us last year as well and has always been mixing and mastering our music after his departure from the band in 2007, due to the job he got at the Principal Studios in Germany back then.
He's a great guy to work with - contact him for his services (recording/mixing/mastering) here:
marco.perdacher@gmail.com 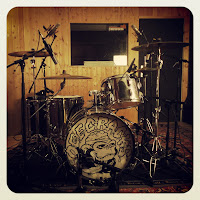 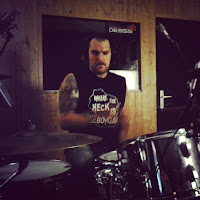 Mike and Marco set up the drums and did the soundcheck. Mike recorded the first 3 songs on drums. 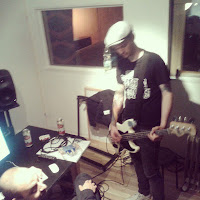 May 30th
Matt and Manu arrived in the studio. Mike finished the last 4 songs on drums. Manu did all basstracks in just 6 hours! 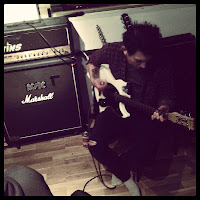 May 31st
Matt recorded all rhythm and lead guitars in 8.5 hours. 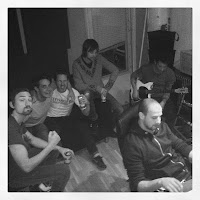 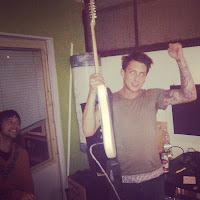 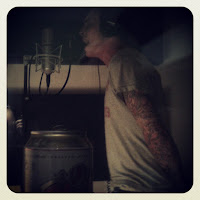 June 1st
Matt recorded lead vocals on first 10 tracks. Manu and Mike did backings for 2 of them afterwards. 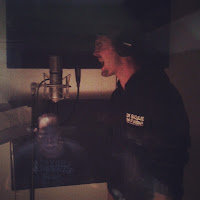 Matt finished recording lead vocals for all songs but one. Manu finished all his backings. 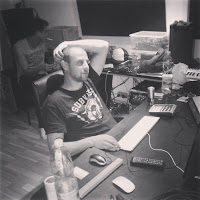 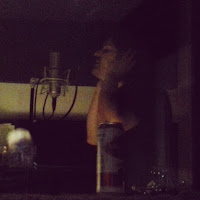 June 3rd
Manu left the studio for Vienna early. Matt did leadvocals for the last track. Mike did all percussions and all the rest of his backing vocals.


STILL TO COME:
Matt had quite a lot of ideas for keyboards/organ parts. However, none of us really figured out how to play them properly. So we will have a guest recording it in the near future. We don't have any 1-2-3-4s recorded yet, except some of studio guest Jarvis (the kid in our Monkey Boy videos). Also, we missed out doing clappings on most of the songs. We were just too tired on the last day, so we called it quits. 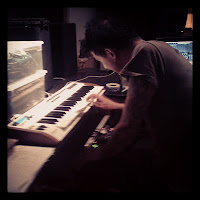 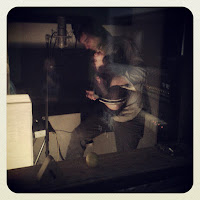 Posted by deecracks at 6:05 AM