YEAR IN REVIEW - YEAR IN PREVIEW


A turbulent and busy year 2013 is over! A year full of ups and downs, canceled tours and cool tours around the globe, health issues and our 10th anniversary, cool support shows and delays... but hey, nobody said being in a rock'n'roll band is easy, so let's cut the crap and do some retrospection...
As every year, we approached 2013 pretty motivated and had a shitload of plans. We had some cool single shows in the first 2 months, including one with The Vibrators and released two 7 inches. A split with The New Rochelles called 'THE SMILE OF THE TIGER' on Swamp Cabbage Records and our 'CALL IT A DAY' 7" on Monster Zero Records. 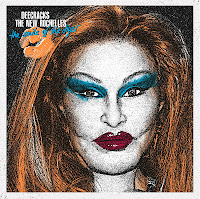 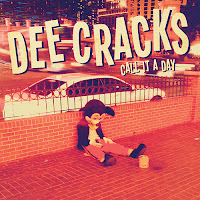 We toured Europe in March, a really cool tour, which ended in all of us returning with different illnesses, a heavy cold or different kinds of anginas. However, the tour was a blast!
In May we had the pleasure of playing with the Riverboat Gamblers before entering the studio to record 21 new songs for a new album. We recorded with Marco Perdacher again. He's been our 2nd guitarplayer back when we were TheCRETINS and stuck with the band for recording duties ever since. 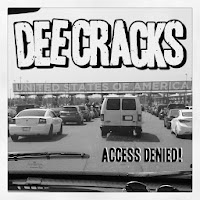 BANNED FROM THE USA
We couldn't wait for our North America tour in June/July with Direct Hit and The Jetty Boys. The tour schedule was the best we ever had out there and all shows looked promising. We couldn't wait to meet all of our friends our there again and make new ones, but apparently it was too good to be true. After some awesome shows in Canada, including Ottawa Explosion Festival, we were sent home after only 4 shows by US boarder patrols trying to get back in the USA without the right permits. Read full story HERE, if you want. This was by far the biggest upset of the year for us and the biggest hit both emotionally and financially we ever took as a band. We are still working on making it back to the USA someday! Fingers crossed!

After we got back home we were devastated and kinda lost. Luckily we had some good plans for the rest of the year. In summer we got booked to play support for Bad Religion on their club show at the Poolbar in Feldkirch, Austria, which was a fun show and got us back on track.
Infested Records put out a tribute CD to the Methadones in July and we were part of it with our version of 'I'm About To Crack'. A nice comp full of great songs.
August marked our 10th anniversary and so we organised a big party in our original hometown Klagenfurt, Austria! It was great celebrating with so many friends, bands and fans. Thank you! A week later we shared the stage with the living legend CJ Ramone at the Arena in Vienna, Austria. An unforgettable night.

WORLD TOUR?
Our biggest adventure this year happened in October. We toured Russia and Japan for the first time and had the time of our lives. Russia was awesome and Japan was simply unbelievably great! The Cretin Boys from Moscow were super sweet hosts and touring buddies in Russia and Nasu from DUMB Records can't be thanked enough for bringing us over! Dumb also released a Best Of DeeCRACKS CD called  'DeeCRACKS MANIA' for the tour. We would still like to know what's written in the booklet, haha. It's fun fact that we toured the whole northern hemisphere in 12 months. USA, Canada, Europe, Russia and Japan... it's crazy! 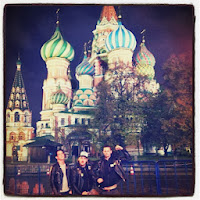 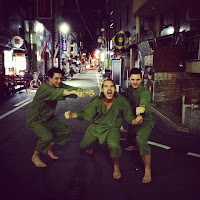 In November we did some more shows in Europe. Mike broke his left middlefinger before the tour, but he kept going. We played some fun shows with The Movement in Germany and had one stop in Belgium to be precise. The year ended with a short tour through Austria in December with Sons Of Buddha leading up to the Monster Zero Mash 2013 in Innsbruck. The show also marked Manu's departure from the band. He will not be touring with us anymore, thank you and best of luck with the new job buddy!

THIS WILL HAPPEN IN 2014
We will release the new record in March. Details will go online soon, just stay tuned! There are a lot of tours in Europe and UK scheduled before summer. We will be on the road almost constantly from April to mid of June. A Tour with Sons Of Buddha in Switzerland, France and Spain and a tour with The Capitalist Kids in UK and Europe are being booked as well as us touring alone around Europe inbetween and after, including punk rock festival appearences. As always feel free to get in touch about shows HERE!

Nice Article, Keep providing this kind of information.
Thank You.
If any one need Software Company Pakistan then contact us